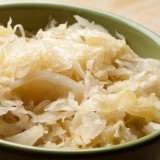 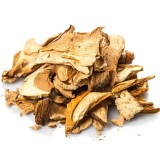 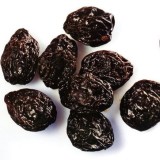 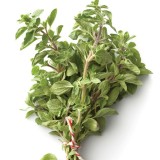 Q. What do sauerkraut, wild mushrooms, prunes, and marjoram have in common?
A. They are all essential ingredients in my version of Bigos (Polish Hunter’s Stew).

Bigos is often considered the national dish of Poland, and is one of those ethnic dishes where each family has their own variation. Most recipes for Bigos will include white cabbage or sauerkraut; wild mushrooms, and lots of meat including smoked sausage, pork or ham, beef, and sometimes poultry or game like venison, boar or rabbit. This is definitely not for the Vegan crowd!

Bigos is definitely one of those recipes that has many ingredients and takes time to prepare and cook. But don’t let that keep you from attempting to make this stew since the result is a beautiful, rich, heart-warming pot of family tradition.

Although historically Bigos is cooked in a kettle over an open fire, today it is prepared in the oven or more conveniently in an electric slow-cooker.  (I use one of  those counter top electric turkey roasters.) The slow cooking give the flavors a chance to meld together and allows the meats and vegetables to cook down to a thick, hearty, deep flavored stew with a moist but not “wet” or soupy consistency. Traditionalists say you should not stir Bigos, but keep it in layers (I usually stir mine toward the end of the cooking). Some families cook the Bigos for several hours one day, cool it over night (sometimes wrapped in newspapers and left outside on a cold night) and then reheat for several hours the next day before serving. Like many good ethnic recipes it is much better the next day and gets better with age.

So, what’s a third generation Italian-American doing blogging about Bigos? Well, my wife’s family is Polish and for the past several years I have been making Bigos for our annual Wigilia (Christmas Eve supper). Although Wigilia is traditionally “meatless” featuring a variety of  traditional fish, noodle, and vegetable dishes — our family has indulged the younger members by adding a few meats, like home-made kielbasa and my Bigos. The recipe below is 1/3 of what I typically prepare for Wigilia — but it is a good amount for a family and will fit in a large 7 to 8 quart slow cooker (crock pot).

Directions:
1. Preheat oven (if using) to 300 degrees F – or preheat slow cooker on high.
2. In a large heavy frying pan, cook sauerkraut and onions in butter, oil, or bacon fat until just starting to brown. Stir in cabbage until wilted (abut 5 minutes) and transfer to slow cooker or large roaster.
3. Layer the shredded carrots, prunes, apple, (both) mushrooms, and tomatoes over the cabbage.
4. Mix paprika, marjoram, garlic, pepper and allspice together in a small bowl. Sprinkle half spice mixture over cabbage.
5. Add the sliced sausage and cubed ham in a layer over the vegetables.
6. Add the venison, pork and beef (in that order) in layers over the sausage.
7. Add bay leaves and season with remaining spice mixture.
8. Add at least 1 cup liquid (½ wine and ½ broth) – add more (1 cup at a time) as needed during cooking to keep moist but not wet.
9. IN OVEN: Cook covered at 300 degree F for 3-4 hours, stirring once every 1-2 hours.
SLOW COOKER: Cook covered on high for 5-6 hours, stirring only once after 3 hours.
10. When finished the Bigos should be very thick, moist and meaty – not like a soup or gravy type stew. Serve Bigos in a bowl with some Polish rye bread or traditionally with mashed potatoes on the side. Przepyszny! (Yum!)

There you have it, my third generation Italian-American version of Bigos (Polish Hunter’s Stew). Like me, you may have to make it a couple of times to get the ingredients and seasoning to your particular taste, but I hope you enjoy this incredible Polish traditional dish. Even if it doesn’t end up on your Holiday table, give it a try soon… and from my family to yours Happy Holidays! 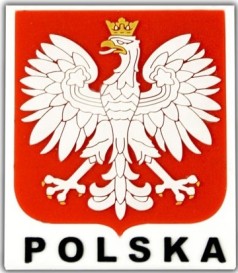 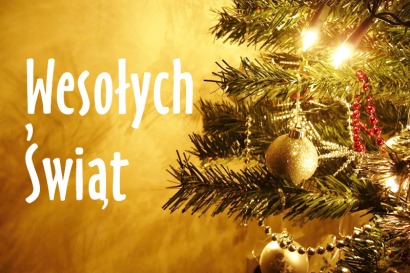